Pulau Semakau – the Environmental Friendly Island Made of Trash 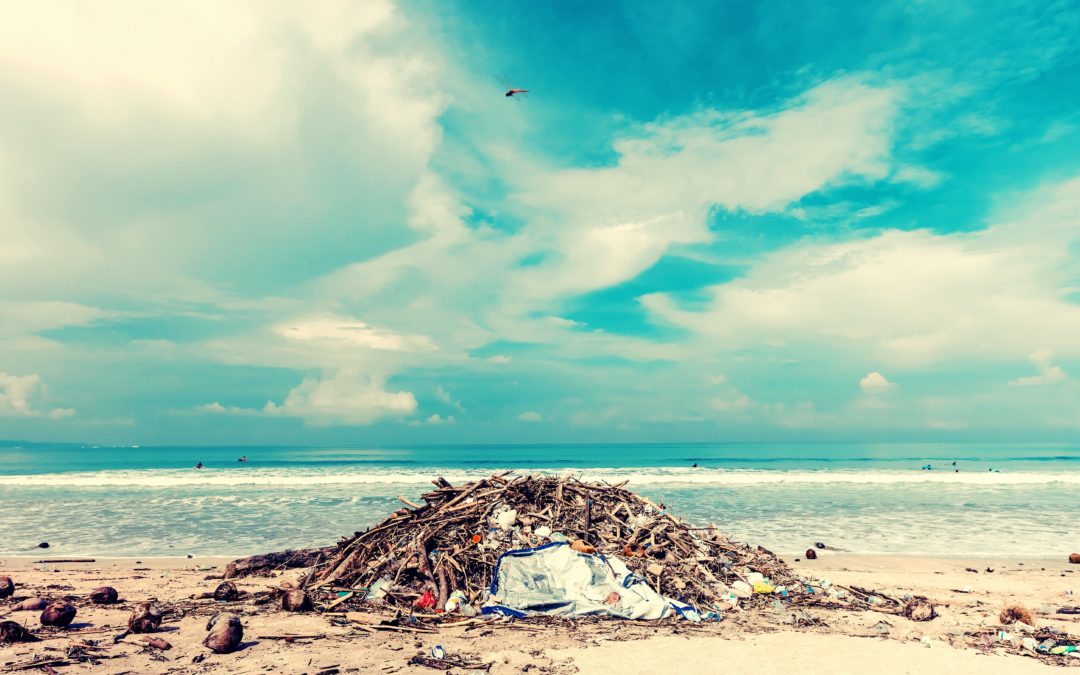 Yes, you read that right! In today’s society we produce several tons of plastic and other trash. Instead of finding a sustainable way to get rid of this trash, most countries have dumped it in the ocean or created mountains of trash near cities.

Dumping trash in the ocean has created a garbage island also called the Great Pacific garbage patch. This garbage island is floating around the caribbean and is estimated to be the size of Texas!

The gigantic mountains of trash close to cities leak into the ocean, is eaten by animals , and take up an obscene amount of space.

Singapore have found a way to solve this problem.

How is trash in the ocean hurting the environment

The trash from Garbage Island is affecting the marine life. The plastic takes hundreds or even thousands of years to completely break down. Sometimes the plastic has been broken down to microplastic. This is being ingested by the marine life in the ocean and kills them over time. There have been several cases where fishes, whales and other organisms have been found dead with significant amounts of plastic in their stomachs. The rapid death of marine life has an worrying effect on the food chain. When different species go extinct, the food chain is affected significantly.

The food chain is an elaborate chain of starting from producer organisms ending at the apex predator, detritivores and decomposer species. It is also very fragile. The whole chain lives and functions in equilibrium. A slight change in the food chain will have a tremendous effect, and in some cases even catastrophic consequences. If a producer organism dies, their natural predator will lose its main source of food, and will die out as a result. Then their natural predator will also lose their main source of food and so forth. It is a domino effect that can have a significant effect on more than one species, one that can lead all the way up to humans.

How domestic trash is hurting humans

Countries all over the world dump their trash in the ocean or on gigantic piles near cities, or in designated areas for dumping trash. In countries in the east, for instance in Asia, this has become the primary solution to rid the cities of trash. In India they produce 61 tonnes of trash each year. These piles have grown so big, they can leak into lakes, rivers and other important water sources. This is a huge problem in areas with larger populations where the majority live in poverty. In poorer parts of these countries it is even worse.

Not all countries have the luxury or the will to find a sustainable way to rid the country of trash. Instead we make short-term and cheap solutions and use these until we have created a problem that is very difficult and expensive to solve.

How does Semakau Island work

Singapore has created an island of trash called Pulau Semakau. But it is not created in the way you might believe.

Singapore takes all its iniciniratable trash and burn it. The trash is then transported to the island. The water that separates the island is divided into cells. These cells are drained of water before the ash can fill them. Afterwards it is covered with soil so that animals can pollinate the plants. The ash filled water is properly cleaned before being released back into the cells.

A membrane has been built around the island to ensure no harmful substances can be released into the sea.

What has been the results

The island was built in 1999 and has the capability to hold all the trash in Singapore until the year 2040. Having been operative in 20 years, there are some major changes that have come from this island.

Even though burning the trash is not good for the environment, it has been a small price to pay for the results given. The plants enter the wonderful cycle of photosynthesis, producing massive amounts of oxygen into the air, making it cleaner. The island has attracted rare animals and birds, becoming its own little ecosystem where animal life thrives. In the areas around the island, coral reefs have formed and given homes to marine life. It is and ecological paradise, and an engineering masterpiece created by environmentalists in Singapore.

How can we learn from Singapore?

We can learn from Singapore. Semakau island is not a long term solution to some extent, but it gives the country time. It shows how there are ways to bend the system when it is needed. The island has given Singapore 40 years to find new ways to rid their country of pollution in a sustainable way. Singapore has also implemented strict laws to ensure that no trash ever touch the ground. This makes it one of the

The counterargument here could be that not every country has the resources or money to follow in Singapore’s footsteps. Singapore is a small country, with a small population, and more money than most countries. Singapore produced 7 tonnes of trash in 2016. India on the other hand produced 61 tonnes. Singapore has had a fraction of the amount India has had to deal with.

However, this is not the message to take from Semakau Island. The lesson here is that it is possible to bend the system. It is a perfect example of how it is possible to make a difference and creating new systems.The idea is to find completely new ways to get rid of trash. Yet countries refuse to take proper actions. Greta Thunberg, a swedish climate activist, said this during a speech held in front of U.N representatives: “We cannot solve a crisis without treating it as a crisis…if solutions within the system are so impossible to find, then… we should change the system itself.”

Thunberg points out the fact that excuses are inexcusable. Anything can be accomplished with the right resources, time and energy. This has been proven by Singapore and their engineers. It is time the rest of the world took some action as well. Yet countries continue to halt the process of finding ways to create a new system. It is costly, that has always been the main issue. However, if countries were willing to participate and offer their knowledge, resources and time, there is nothing we can’t do.