Samsung Galaxy S10 Trio: Here’s What You Need to Know 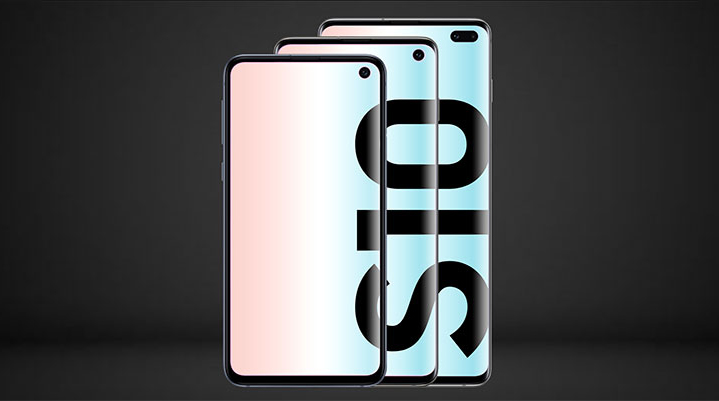 The new Samsung Galaxy S10 series dropped like a bomb earlier this year. Here’s what you need to know about the lineup.

The Galaxy S line of smartphones started a wave of success for Samsung that continued over the last decade. After a somewhat disappointing Galaxy S9 last year, Samsung spares no expense with this year’s Galaxy S10 smartphones. This is off course reflected in the whopping price.

At the heart of all Galaxy S10 variants, we find brand new generation SoCs, driving the core features of the new phones: The Qualcomm Snapdragon 855 for North America, China and Japan, and the new Samsung Exynos 9820 for Europe and the rest of the world.

The key difference between the S10, S10+ and S10E is the size. The Galaxy S10E has a 5.8 inch full-HD display, which is the same size as the iPhone XS. The panel on the S10E is also flat, while the other ones are curved. This is the most affordable and compact of the bunch.

The Galaxy S10 is the standard flagship with a 6.1 inch display, and the Galaxy S10+ is the biggest and most premium phone in Samsung’s lineup with a 6.4 inch screen. Both of these models have wide quad HD+ display resolution. With no more room for a front camera or a fingerprint sensor, these are built right into the dynamic AMOLED display.

All of the models features Wireless PowerShare.

Both smartphones are great, but the S10+ is especially impressive. It has the same screen size as the Galaxy Note 9, but a slightly larger battery. In spite of this the phone is lighter and fits the hand very well. Not too big and not too heavy. Both smartphones employees Gorilla Glass 6 on the front and back.

Turning the phones around, we find Samsung’s first ever triple camera setup in a flagship. The camera sensors features a wide angle lens module, and the automatic night mode helps the camera in the darkest surroundings. The new video stabilizer works very well.

The amazing OneUI menu system is a great improvement from earlier models, which used to be quite messy. The menus are designed to be easy to reach with one hand, without stretching your thumb out of joint.

The S10+ boasts extremely good battery life, and with normal use you can probably go a few days per charge. The S10 has a lighter battery with an average battery life, but you have to use it a lot to run out in one day.

All in all, the Galaxy S10 and S10+ are both great smartphones that meets most expectations, and leaves a very good overall impression. They are faster and smoother than any previous Galaxy S models. Samsung has definitely reclaimed their position in the market, after the disappointing S9.

We are excited to see how these smartphones compares with the new Huawei P30 Pro.

The hottest Samsung Galaxy S10 models have stolen a lot of attention from the S10E, which is a bit unfair. This is a great and handy phone with many good features, and even though it is the most affordable in the trio it is still an expensive phone at about €800.

Galaxy S10E is smaller, lighter and easier to manage with one hand. The fingerprint sensor is not built into the screen, but moved to the side. While not as fancy, this actually works very well.

The S10E compares to its big brothers on almost every point. Mostly everything is the same, but smaller and less. The only thing that’s not so great is the battery life, which lasts for about a day with heavy use.

If you want a bouquet of the coolest technology Samsung has to offer in 2019, the Galaxy S10E is a good phone for you. It boasts all the performance from the more expensive phones, but in a more handy size.

It is not perfect, and it is not cheap. But the same can be said about almost every smartphone on the market. One sentences sums up the S10E perfectly: This is just right.