Nintendo Switch OLED – Worth It? 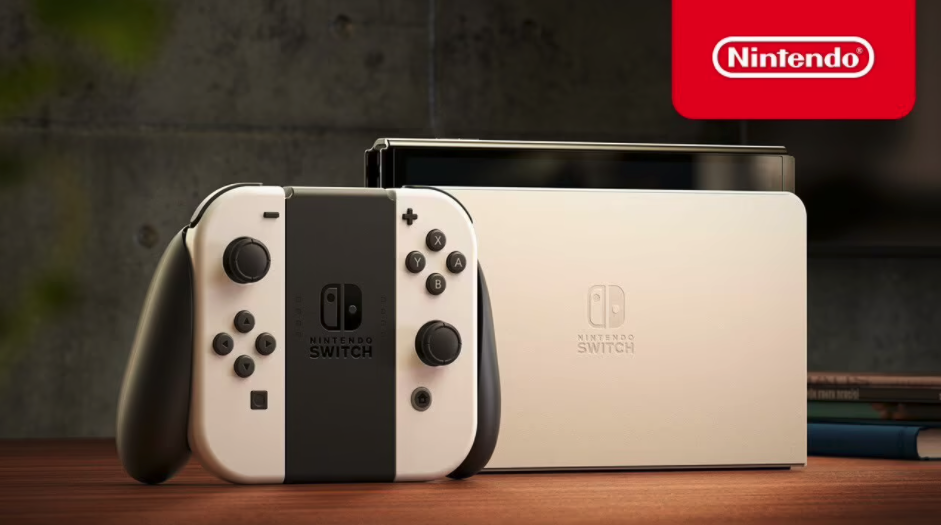 Is it the rumored Nintendo Switch Pro? No. Is it an upgrade? Sort of.

It should come as no surprise that Nintendo held back on announcing their latest upgraded console at E3 in June 2021. We all remember the flop that was the launch of the Nintendo Wii U. Seeing the new “features” (or lack thereof) of the Nintendo Switch OLED, we get why they merely mentioned it on Twitter as it’s big reveal.

We have long anticipated the rumored Nintendo Switch Pro, but the Nintendo Switch OLED is seemingly all we get – for now. If you’re not sure whether to wait a couple more years for their new flagship or just get this one, here is what you need to know.

The main selling point, and thereby it’s new name, is the bigger and better screen. Moving up from the original’s 6,8” to a 7” screen with OLED technology is … good. OLED will make the screen more vibrant, as they say, and would improve the contrast, depth and more versatile playing no matter how lit the room/area is.

In handheld mode, that is. Whatever stopped Nintendo from incorporating 4K when in TV mode remains an enigma. The resolution stays the same as with the original – 1080p in TV mode and 780p in handheld. The OLED upgrade is by nature restricted to the console screen itself.

Another big selling point is “enhanced audio”. The only upgrade seems to be better placement of bigger speakers on the console when in handheld mode. We long for the day when Nintendo would be compatible with Dolby Atmos.

The new system incorporates 64 GB internal storage (up from 32 GB in the original) and supports MicroSD-cards. What “a portion” means in regards to how much is reserved for system software is yet unknown.

The new dock does actually look better: Bigger in size, rounded edges and a clean-looking off-white color. It also finally incorporates a wired LAN-port, which for the online gamer is a relief. This could also be a clue as to Nintendo moving in the right direction in stepping up their overall online gaming experiences – which we know has been moving at absolutely no haste.

Here’s the issue. All the while giving the console a more modern look, it still has to stand vertically (to not literally fall over and disconnect). For some the original dock barely fit on their TV counter or next to/behind the TV screen. Would you have the room for it not to block your TV? Sure it’s just a problem for the gaming aesthetician. But for those obsessed with the visuals of their gaming setups it’s worth noting.

The new dock is compatible with the original Switch and will be sold separate exclusively from Nintendo. So if you just want that, at least the option will be there.

The Nintendo Switch OLED has a wider, more sturdy adjustable stand in the back. Based on this main selling point, we now have the option for tabletop mode. But wasn’t that supposed to be a feature of the original? Launching a “tabletop mode” is really just Nintendo stating that they finally got rid of that toothpick-of-a-stand the original came with.

And it’s adjustable – which is somewhat of a new feature.

So should you buy it?

Well, that depends. If you’re one of those people who need every upgrade and want a bump-up in quality from the classic Switch – sure. At the same time; this being the seemingly standing upgrade for a while there aren’t really any signs that a new model will be launching any time soon. And in TV mode it might look neater.

If handheld gamemode is more your thing and you want to spend $350 on a new device – have fun with it! The Game Boy nostalgic will be absolutely thrilled. The console will be available with off-white Joy Cons to match the new dock, but also in the now classic red/blue as with the original.

Tabletop mode, enhanced audio and a bigger and better (now) OLED-screen seems to be Nintendo clinging on to the baseline of it all – being able to “Switch” between handheld and TV mode. Seems like only handheld mode got a noticeable upgrade this time.

If TV mode is more your thing – do whatever. We won’t stop you.

(And YES: It does support the game cartridges from your original Switch).

The Nintendo Switch OLED will be available from October 8th, 2021.