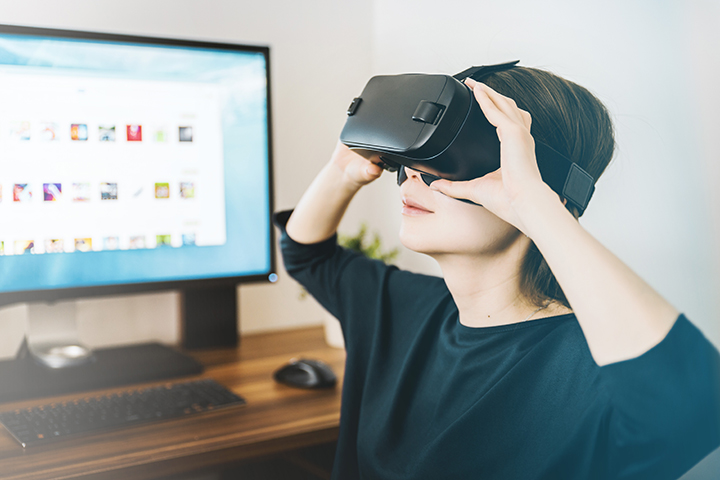 The producers claim Virtual Reality is here to stay. People have talked about VR in the tech business for years and years, and we cannot deny that VR has great potential. But why is it not more popular among the users?

In this article we’ll take a closer look at Virtual Reality: The problems and potential.

Is Virtual Reality About to Die?

The VR technology was predicted to have an explosive development in the tech market. Experts claimed “everyone” would own a pair of VR goggles within a matter of years. Well, the future is here, and the new generation of VR goggles has been available at a reasonable price for quite some time now. The prediction has proved only partly true.

The answer? VR technology still isn’t simple and engaging enough to make everyone want a piece of it. In an interview with Rolling Stone, Jason Rubin chief of Oculus, explained the challenges facing the VR business. VR is not dying, he claimed. VR is about to flourish.

There are still issues with software and hardware that needs to be solved, such as screen resolution and wires that connect the goggles to the screen. Manufacturers work on a daily basis to solve these challenges. Maybe it’s not so long before VR headsets are just as important in any home as a TV?

The real problem with VR technology is a major one: It’s not quite clear why. What is the use? What is it good for? Is it anything more than fancy technology?

Just like 3D technology, there was a lot of hype around the launch but the engagement fell rapidly. Manufacturers concentrated on developing games to demonstrate new ways of using the technology, rather than providing a deep and lasting movie and gaming experience. The result? The entertainment value was massive, but short lived, and the utility value was too low.

It is also worth mentioning that the price is still a bit high. Oculus Rift is about €449, wich buys you the headset, two sensors, two touch controllers and seven VR apps. Samsung Gear VR is an affordable €150 but requires the latest Samsung Galaxy S models. HTC Vive Pro is about €879, while the less expensive version HTC Vive can be purchased for €700. These prices are way too high for the average consumer.

As manufacturers start meeting consumer demands for engaging gaming experiences, the technology is likely to increase in popularity. In 2019 we are waiting for the launch of a new VR game from the developer of Titanfall, Respawn Entertainment. The game is a collaboration between Respawn and Oculus, promising a bigger, deeper and more engaging gaming experience. Maybe this will be enough to recruit new gamers to VR? Whatever happens, we can’t wait!

VR technology was originally intended for the individual consumer, but the manufacturers have also targeted other markets for VR experiences. Today it is possible to book VR headsets for group experience in a number of locations, ment for a group of friends, bachelor parties or team building activities. VR has also proved very successful as an Escape Room element.

These markets are a good way to showcase VR technology, simultaneously avoiding the problem with 3D technology. More markets means more potential buyers, securing its position among consumers now and in the future.

Great Potential in Many Industries

Today’s status: VR is huge among tech enthusiasts, but not among the ordinary consumer. VR is especially popular in the gaming industry: Adventure games, exploratory games, driving and shooting games and games in the horror genre.

VR technology opens a number of interesting opportunities. As VR increases in popularity, we are likely to see a lot more content than engaging gaming experiences. There are already available VR solutions within teaching and training, and 360 degree movies is predicted to be the next test market. VR might also expand into workouts, house viewing and product visualization.

Being able to see and feel other environments without leaving your own living room, would certainly be incredible convenient.