Greatest Superyachts in the World 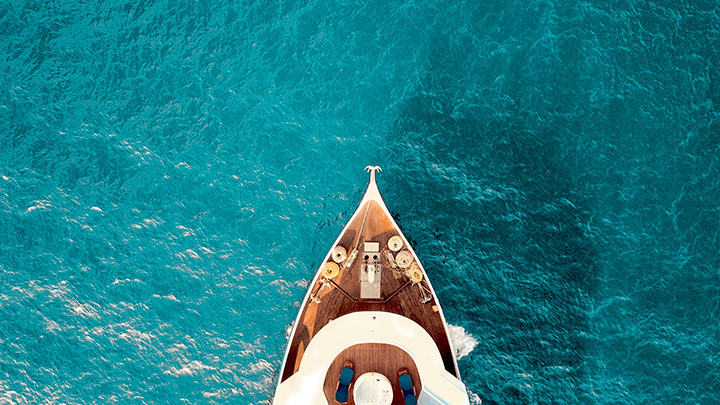 A superyacht or megayacht is probably the most luxurious thing a man can own. It’s one of the world’s foremost symbols of wealth and prosperity, and a great hobby if you have the money and the leisure time.

Unless you have a couple of billion dollars lying around, a superyacht might not be for you. Few people can afford to buy a yacht, but everyone is allowed to dream. Therefore, we have put together a list of three dream yachts that are not only cool but vastly extravagant.

Eclipse: The World’s most Expensive Yacht

The most expensive yacht in the world is the Eclipse, owned by businessman Roman Abramovich and first launched on water in 2010. The Eclipse yacht measures 162,5 meters (533 feet) in length, making it the second longest yacht in the world after the Azzam.

Abramovich is one of the richest men in the world, and best known in Europe as the owner of the English football club Chelsea.

Nobody knows the exact price of Eclipse. Price estimates range from $500 million to a whopping $1,5 billion, but most experts agree it is worth more than $1 billion. The Eclipse is therefore believed to be the world’s most expensive private motor yacht.

The Eclipse has two helicopter landing pads, 24 guest cabins, two swimming pools, several hot tubs and a disco. On top of this, the Eclipse has a separate submarine which can dive 50 meters below the surface. Eclipse also has a missile detection system in place. A crew of 70 people is required to manage the vessel and serve the guests.

The longest yacht in the world is the Azzam, which measures 180 meters (590 feet) in length thus beating the Eclipse by 17,5 meters. Azzam was launched in 2013, and is owned by Sheikh Khalifa bin Zayed bin Sultan Al Nahyan, current president of the United Arab Emirates.

Azzam contains a large open lounge measuring at 29 x 18 meters without load-bearing columns. The yacht reaches a top speed of over 30 knots, making it incredibly fast for its massive size. Also worth noting is how unusually shallow the vessel is. Measuring only 4,3 meters below the surface, the Azzam can therefore be found in shallow waters near the coast.

Like the Eclipse, Azzam has a separate submarine and a missile detection system. The price is estimated at over $600 million.

The Streets of Monaco: The World’s Dreamiest Yacht

The yacht will even have its very own Grand Prix track on deck.

From the prospects it reads:

The Streets of Monaco combines Monaco’s luxury and glamor with access to all the ports of the world. Miniatures of some of Monaco’s most famous landmarks will be seen on deck, including the Monte Carlo Casino, Hotel de Paris, Cafe de Paris and The Loews Hotel.

The superyacht is expected to cost about $900 million, making it one of the most expensive yachts in the world – if a lucky investor ever comes forward.