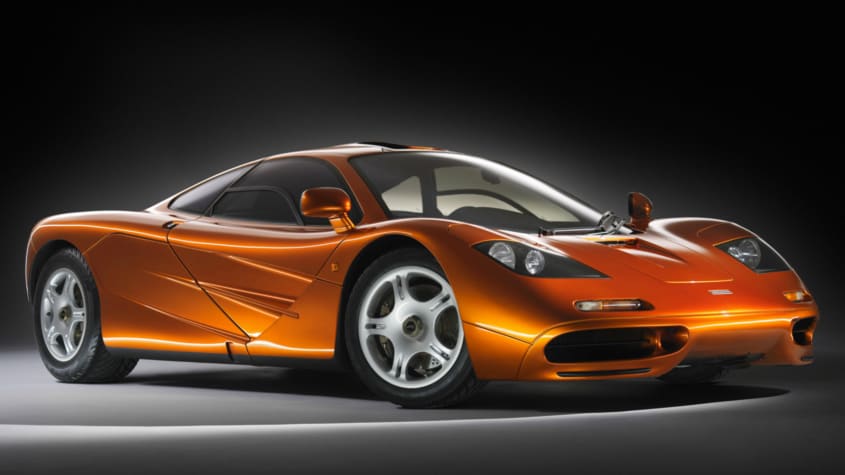 Which cars are the coolest, hottest, and most awesome in the world, is off course subjective. It would be impossible to assemble a list everyone will agree on, so we won’t even try. Instead, we took a tour around the office, asking our colleagues which car is their absolute dream car.

Here’s the result of our informal survey:

Which child didn’t dream of growing up to become a race car driver? We certainly did, which is why the McLaren F1 1992 edition is one of the most awesome cars we know of. The aerodynamic body is simply gorgeous. We also love the three-seat design with a central driving position – not to mention the V12 engine in the trunk.

The Citroen DS is one of our absolute dream cars. It’s not the fastest, most exclusive car we know of, but it’s without a doubt the coolest. This car was launched at the Paris Motor Show in 1955, and Citroen received more than 20,000 orders on the very first day. Citroen DS is the perfect car for a Sunday-cruise.

The Jaguar E-Type has been voted most beautiful car in the world on several occasions, and we couldn’t agree more. We love the characteristic design with the curved nose, long, slimming body, and tight rear end.

When the Jaguar E-Type was first launched in 1961, it had a surprisingly low price tag of approximately £2000, which was a fraction of Ferrari’s Aston Martin.

Speaking of Aston Martin, we started reminiscing about the completely awesome DB3s. This is a race car that brings the mind to a vintage action movie. If we had to choose just one car to cruise around the Scottish Highlands, it would be this one.

Lancia Stratos looks like a concept car for racing, which is exactly what it is – and what could be cooler? Not much, which is why Lancia Stratos is on our list. This is an absolute stunner of a car, hiding a powerful Ferrari engine worthy of a F1 winner.

The iconic Lamborghini Miura is everything a car enthusiast could hope for – and so much more. it’s absolutely beautiful to look at, and a real speed beast. Miura set the standard for all future lLamborghinis, and is a true classic. This car would be perfect for flying to the moon at ultra-speed.